Most business leaders in India regard data privacy and cybersecurity concerns as the biggest barrier to their digital transformation, a new report ‘Digital Transformation Index’ from Dell Technologies said. 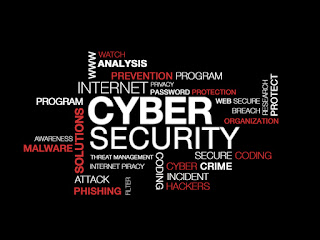 According to the research, 93 per cent of Indian businesses are facing major impediments to digital transformation today.

Almost half of Indian business leaders believe they will struggle to meet changing customer demands within five years, according to the report tilted “Digital Transformation Index” (DT Index).

Offering insights into the areas where Indian businesses are considering investment to drive their digital transformation, the research showed that regulation or legislative changes and lack of the right in-house skill sets and expertise are the other top concerns for Indian businesses.

The research also indicates that businesses are taking steps to overcome their barriers, along with the threat of being outmanuevered from more nimble, innovative players.

Close to 75 per cent of Indian businesses — 19 per cent more than in China — intend to invest in cybersecurity in the next one to three years, according to the report.

Conducted in collaboration with Intel Corp, the research showed that 67 per cent of Indian businesses intend to invest in IoT (Internet of Things) technologies – 11 per cent more than that of Chinese companies.

For this study, independent research firm Vanson Bourne surveyed 200 business leaders in India from mid to large-size companies to gauge their organisations’ place on the Dell Technologies Digital Transformation Index.

The global results of the report, based on 4,600 respondents from 42 countries, will be released in early 2019, Dell Technologies said.

The report said that 37 per cent of Indian businesses plan to invest in Blockchain, 31 per cent in quantum computing and 42 per cent in augmented reality/virtual reality (AR/VR) technologies in the next one to three years.

“The next digital era has arrived and it’s reshaping the way we live, work and conduct business. Which means that time is of the essence. Genuine transformation needs to happen now, and it needs to be radical,” Alok Ohrie, President and Managing Director – India Commercial, Dell EMC, said in a statement.

The findings showed that just 12 per cent of Indian businesses are “Digital Leaders” – companies that are digitally advanced – up from 8 per cent in 2016 when the previous edition of the report was published.

The share of “Digital Adopters” — companies that have a mature digital plan, investments and innovations in place — went up to 34 per cent this year, from 29 per cent in 2016.

The share of “Digital Evaluators”, companies that are cautiously and gradually embracing digital transformation has grown to 40 per cent, from 37 per cent in 2016.

The percentage of “Digital Followers” (a digitally immature group) has also dropped, from 21 per cent in 2016, to 14 per cent in 2018, according to the survey.

Social-media commerce accounts for 79% of online selling in India
September 28, 2018